Since its creation, The Dorinian Military Corps has always been in Trade Federation hands as its sole droid producer. After many years of building up our Droid Army, the Trade Federation Cabinet has come to a decision to release the faction to the private sector and sell to long time member and entrepreneur Metyl Onyx. 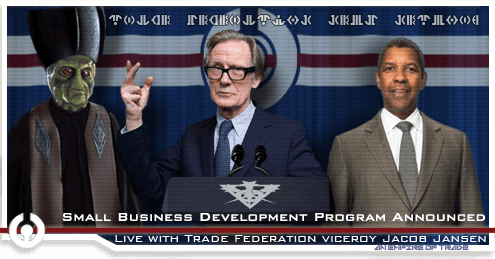 1 2 Next »
We use cookies to ensure that we give you the best experience on our website. If you continue to use this site we will assume that you are happy with it.Ok